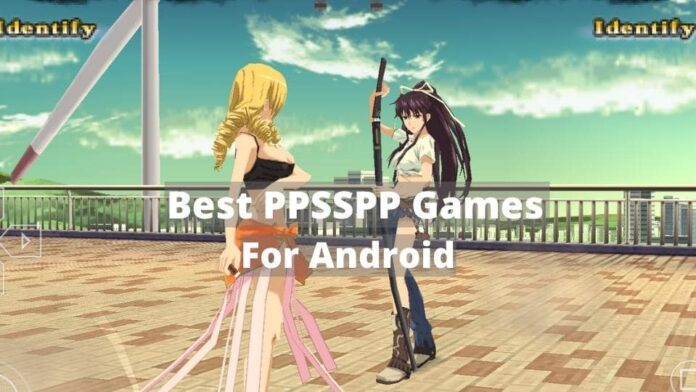 Ppsspp games are also known as consoles games or pc games. Here, we have also listed some best ppsspp games for android which have high graphics like pc games. Ppsspp is the app where you can play pc games using your android or mobile phone directly. As you know Pc games are very popular and have got high graphics and good quality.

Dragon Ball Z: Shin Budokai 2 is the best ppspp games for android. Here, Even this game is top 1 but all games listed are in the same range. Every game here is better.

In Dragon Ball Z: Shin Budokai 2 you will get the experience to play high graphics pc games on android through ppsspp emulator. Dragon Ball Z: Shin Budokai 2 is a very popular game influenced by the anime Dragon Ball Z. Here, You will get the story of future trunks. In this game, you will likely follow the story fight using different characters, ultimate moves, and combos, etc. The graphics quality is good and supports any possible devices.

In this game, you can play Story, Arcade Mode, Traning mode, and others. You can follow story mode and go more than the pain arc or before the 4th war arc. You can get a good combo, ultimate power, quality graphics, etc.

In this game, you will follow the story. The story is amazing with full of big problems, surprising facts, and curiosity. You can walk anywhere complete the missions and finish the story but not easy as it is said. You will fight a strong boss, many soldiers, and go on an adventure. You can do some parkour kill soldiers like a real assassin, upgrade your character, use different abilities, etc. The graphic quality is awesome, the controlling character is bad as we need to use the controller to move the inner screen.

Indiana Jones Staff Of Kings is also one of the best ppsspp emulator games available on android. Indiana Jones includes the best stroy hand to hand combats, real places including Sudan, Nepal, Sans Francisco, and Panama. You will almost feel like you are watching a real story movie. It’s heartbreaking, a story full of curiosity, and very difficult to play.

In this game, the story starts with the main hero Indiana Jones searching for an ancient ram’s head idol in Sudan in 1939. But there is a twitch the same rams head idol is also searching by nazi which is a very dangerous group. So, you need to compete in the fight and get the ram’s head idol with the amazing adventure. The graphics are decent, controls are hard so I better suggest you play with the controller if u can, sound and other things are still amazing.

5God Of War: Ghost of Sparta

God of War game serious is very popular all over the world. I’m sure you also want to play this game on your android. Well, we actually can play on of the God of war Games knowns as God Of War: Ghost of Sparta.

God Of War: Ghost of Sparta is also one of the best fighting story ppsspp game. The main feature of god of war is fighting combos and an amazing connecting story with futuristic graphics. It is offline and can be played by using ppsspp emulator. The god of war: ghost of sparta joins story from the old version of God of war series.

In this game, you will be played as the hero called Kratos and starts the continued story which I don’t want to spoil because I personally suggest you to play this game if you haven’t played. You will get a pretty good combo to attack, Kill Big and powerful bosses, game puzzles, amazing stories, powerful attacks, upgrade heroes, etc. The controls are good, graphics are overpowered compared that this game is old, sound and gameplay is superb.

If you like to fight and beat enemies till they poop then Kurohyou Ryu Ga Gotoku Shinshou is probably the best game for you. Because you will do but fight enemies and make them poop with your fists and kicks.

You will get more and more powerful attacks. By using the emulator, you will get to beat other enemy ass. The view you get when battling is different from others. You will get a close 360 view from all sides and fight the enemy. The graphics are pretty good, controls are easy, the sound is also decent.

Tekken 7 is a very popular game from tekken series. Tekken 7 is also one of the best fighting Pc games that you can play using ppsspp emulator.

Unfortunately, Real Tekken 7 is not available in ppsspp. But there are some mods of tekken 7 which is very similar to the real one. If you don’t like to play the mod, then I suggest you to play Tekken 6. As Tekken is a very popular game, I don’t need to describe its details.

The graphics are amazing, with good combos and ultimate moves, more than 15+ characters, a 1v1 multiplayer playing feature, etc.

Ben 10 is a very popular cartoon. A cartoon where Ben the main hero can transform into 10 different aliens using his watch. Here, his main objective is to protect the earth from aliens. So, Influenced by Ben 10, Some of the developers has made a ben 10 console game that you can play now.

Ben 10 Protector of the Earth is a good fighting story ppsspp game. BEN 10 is very popular and famous. Transforming into aliens is very cool and amazing. We use to Click our watch so that we can transform when we were kids XD. So, now we can transform in game and beat some alien ass or vilagx ass.

Here, You will get a story mod same from the real Ben 10. You will fight powerful aliens and bosses, unlock new aliens like Cannom bolt. Each alien has different abilities and needs for different things. You can unlock new moves attacks and combos. I personally suggest you to play this game.

Spider Man 3 is a very popular movie from marvel studious. Spider man is very famous in the world. Spider man: No way home has been also getting released. Here, A spider bites a person and he becomes spider man ( Don’t get bitten By a Spider XD) and protects the city from villains. So, Some of the developers has made Spiderman 3 console game from movie.

Spider man 3 is the amazing story open world fighting ppsspp game available for android. The amazing thing is this game is open world so you can use your swing and go anywhere. Here, You will also follow the story fight villains unlock new powers and again fight villains.

The graphics are very good, open world feature, a good story, you can swing from building to building, good controls, and combos. Enjoy this game but you need some good devices to support it.

GTA games are very popular made by rockstars and played by everyone from ’90s to 20’s gamers. GTA is still very popular and everyone wants to play GTA. From GTA games, GTA Vice City stories are the Pc game that you can play on your android device using ppsspp emulator.

Gta Vice City Stories is the best game like GTA V for android. GTA vice story is very popular so I won’t describe details.
In this game, you will get to do anything, kill people, be a gangster, Get chased by police, open world feature. Decent graphics, story, or mission mod go be a gangster.

Here, you will befall asleep you are going to die but some sort of thing comes inside your heart and joined your heart. And you will fall awake and the story will get started. You will unlock new moves, very different combos, open world feeling, good graphics, quality sound, best attacks, and ultimate with an energy bar. Everything is good and can be fit on no 1 but there is a problem.

This game is hard for those who want to play it on android directly as you need to swipe down or move your screen, it will be hard. So, If u have a controller I recommended you to use it and play. This game is amazing.

In order to use magic, you need crystal power but these 14 people can use magic without crystal. Then you will play as a main bllllod hair hero although you have to use all 114 characters. All have unique abilities and magic power.

The graphics are amazing, the sound is decent, good story, you need to use the controller to play this godly or you can also play without a controller but it will be hard, with different characters with different ultimates and many other good features.

Here, except using your pokemon you use dragons to battle with the enemy. You will fight your dragon with the enemy dragon. If u have watched Bakugan Battle Brawler then you already know how fun it will be to play this game. I won’t describe this game too much.

Here. graphics are good, travel around the world and fight strong enemies. sound is also good, upgrade your dragon, new moves, and ultimate and many other features.

Here, you need to move forwards to the story, solve puzzles, fight bosses and villains, upgrade your character, do danger combos ad win the match.

These are the best PPSSPP games that you can download for android in 2022 and play on your ppsspp emulator. Comment below if you have any doubts about these ppsspp games.

How to Change PPSSPP Background 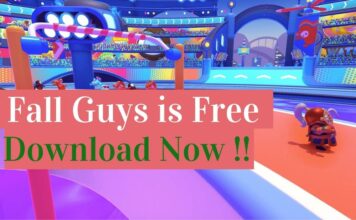 How to Delete or Uninstall an App in Bluestacks

Sameer - April 19, 2022 0
Gameloop is one of the best pubg android emulators as gameloop is the official pubg emulator for pc. In today's tutorial, learn how you can import files...