From children to adults, everyone likes playing card games. In physical or virtual, card games are very popular. Therefore I hereby present you with the best solitaire games for android 2022.

Given solitaire games for android that are recently added and the best ones. You must play these solitaire android games to enjoy an unlimited card game on your android devices.

A solitaire game is any of various card games played by one person and the object of which is to use up all one’s cards by forming particular arrangements and sequences. I represent you with the top 10 solitaire games.

The list of best solitaire android games that I recently found on the plays tore and all games are awesome and famous as well as popular on social media.

The design of this game has facilities that you can customize and it has a beautiful design. This game has 100+ beautiful themes. This game facility your daily challenges with different challenging levels, and customize themes, this has 2 players to 4 players tournaments.

This has up to 10 top records, standard casino recording, and 3 different modes, this game supports different languages which makes it easy to play, This game has also the facilities of undo and hints. The game is offline solitaire for android which does not need the internet.

You can play these games anytime and anywhere. Solitaire game is also known as Klondike games. If you have ever played Klondike Solitaire, Patience Solitaire, or Spider Solitaire, you will love the new games that Solitaire brings to the original Klondike solitaire game. This game also can be played on pc.

This game is fun-addicting and the same as classic Klondike and patience Klondike.
You can play different versions Klondike in the solitaire game, you have to challenge and beat the cards of this game, and you can try all your way to get the victory and make your brainpower high.

The more you challenge the harder come and your brain gets more challenge, this game gets you experience to train your brain in a better and classic way, you can play the unlimited game, and this game has different modes, as you can customize your own cards.

You can play the game online and offline and do many things you can do.

Teen Patti is the best, good, most popular, and most famous solitaire game. This is not a solitaire but this is a card game and casino. This is one of the first online multiplayer solitaire game in which you have to defend more than 10 million people.

This game is the best solitaire card game for android if you search in play store or others. This game is easy to play. You can also invite your friends and family to play with you. This game has daily and weekly events and challenges as others have.

This game is also good because you can play teen Patti, rummy, poker,ansar bahar, joker,hukam,muflis, and other 3.

You can also find this game with 4.6 ratings. If you have luck you can win this game and you have to use your brain. This game provides you with a tournament in many cities.

This game has many facilities this is all in one card game in which you can play all modes of game as this is no 1 poker card game, you can also chat in this game and you can tease other players using gifts.

Play with a low internet connection, no money needed, you can play with your own language, supports on all potato mobile, and easy to play with small learning.

Solitaire – Classic Card Games is the best free solitaire games for android 2022. This game is the best classic card game that everyone loves this game.

You can experience clear, easy to read cards, smooth animations, and well-matched sound effects in landscape view as many others.

This game is made different from traditional classic casual card games such as Spider Card or Pyramid Card. This game has many features.

Some of them are: This game has many different cards and a total is 52, his game has 7 elimination tablets,4 sub-tables, It has remaining decks and flipped decks, the main function of this game is to eliminate cards as many features this game has.

This game is the same as others but the reason this game is in the top 5 is that this is good like others and has high ratings and solitaire download for android is high.

Like others, this game has similar features. Some of them are this game has classic cards, an unlimited number of games, daily challenges or discovery, fluid, colorful and customizable games, this game has a lot of game options and other things that you can know when you play this.

You have to play this solitaire game which is better than other games.

A call break multiplayer is the most enjoyable game for time passing. Callbreak Multiplayer is a classic and popular card game with an online multiplayer feature available in Google Play Store.

This is a card game and also like solitaire but this game cannot be played by kids it is hard to understand without playing. This is a gambling type of game. But this game does not need money. The rule is simple:

The game is good that we can also play this game multiplayer. This game is played by all the people in the world.

The game I used to play is for time passing and playing with my friends but not for gambling. You can play multiplayer with random players and friends.

Microsoft solitaire collection is one of the best games because the first solitaire game was developed by Microsoft on the computer and this was on mobile. This is the father of solitaire.

All the game of solitaire is the copy of this game but with some upgrades and features. This game is the best solitaire app on android in 2022. Microsoft Solitaire Collection has the five best Solitaire card games for free in one app.

They are Klondike Solitaire, Spider Solitaire, Free-Cell Solitaire, Tri-Peaks Solitaire, and Pyramid Solitaire! Microsoft Solitaire is played by more than 240 million people and has remained one of the most popular card games in the world for over 25 years.

As the name of this game Spider solitaire is one of the best free spider solitaire games for android developed by mobility ware which has over 100 million people and gamers playing this. The game is also similar to others but the features are different.

Solitaire Decked Out Ad-Free game is also the best solitaire style game for android but one of the best features and quality of this game is this is the best android solitaire no ads game that helps you not be disturbed by ads.

Different cards, and many themes that you can unlock before playing.

Pyramid Solitaire is a game based on classic solitaire games. The best puzzle games that always make your mood fresh as well as train your brain. This game has many different facilities and features. One of its good features for a noob is you can use undo and auto hints function.

All the things are the same: cards, themes, gameplay, and others. You can watch the portrait and landscape views which are also good features. 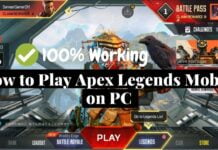 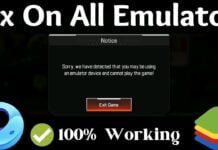 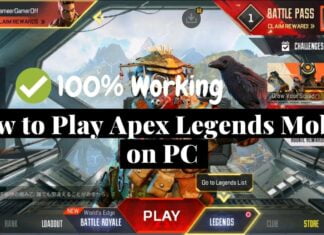